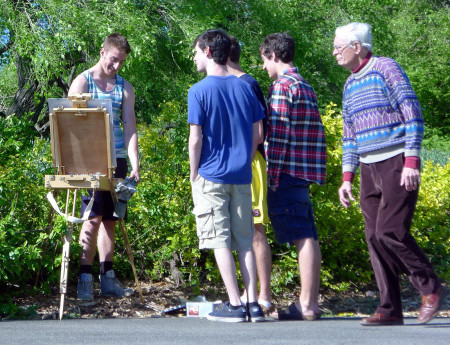 Sam and his harshest critics.

Daniel Dennett is an American philosopher and cognitive scientist. In his Intuition Pumps And Other Tools for Thinking, he offered these four steps to critical commentary, which ought to come in useful as we enter the next round of America’s quadrennial silly season:

I doubt that would work in one of our political reality show debates, or that he hangs with the same people as me. At times I think I run a sort of Wild West saloon. I’d consider it a great achievement if people would just stop making ad hominem attacks.

I don’t really want to spend my days restating someone’s thesis in a way that is more coherent than their own thoughts: that’s their job. Still, there’s room for improvement over the beer-bottle-to-the-head method. 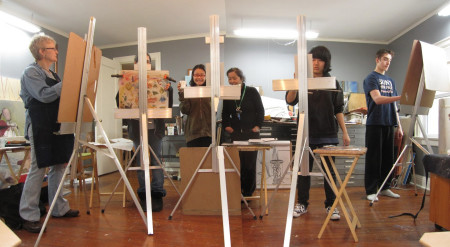 Watch a person’s struggles, and you’re more inclined to be nice about the results.

In art criticism, there’s no room for nastiness, even though artists will tell you it sometimes happens anyway.

I was thinking about this yesterday when someone was complaining to me about a critique that started, “you should never have done that; you should have done it this way.” That’s particularly useless, since the project was already done.

I’m not a philosopher, but there is a foolproof method of criticizing work in a way that’s productive and doesn’t hurt feelings:

Not only will you survive the critique without hurt feelings, you will make friends and positively influence other artists. It would be nice if we could apply the same system to politics.