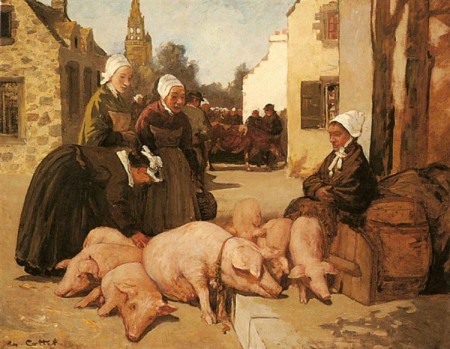 This afternoon, my daughter and her family leave after a five-day visit. It was timely; my joints were killing me from all that heavy remodeling work. But it wasn’t a rest: they have a 6-week old and a 13-month old, and this house is a construction zone, not a home.

I never stayed home full-time with my four kids. While I love children, I needed the comic relief of going to work. As far as I can see, my kids have turned out just fine. When I was a young mother, I sometimes felt guilty about that. There was pressure to stay home, just as there is now. 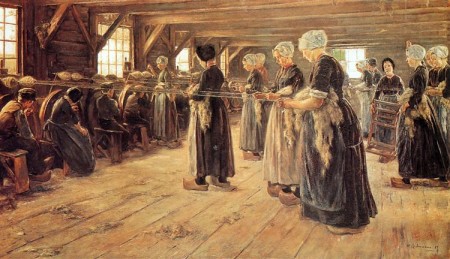 The Biblical argument against working rests on two passages. The first is from Proverbs 31, and describes “a wife of noble character.” Those who quote it are probably missing the point, since it describes a working mother circa 950 BC:

“She seeks wool and flax,
and works with willing hands.
She is like the ships of the merchant;
she brings her food from afar.
She rises while it is yet night
and provides food for her household
and portions for her maidens.
She considers a field and buys it;
with the fruit of her hands she plants a vineyard.
She dresses herself with strength
and makes her arms strong.
She perceives that her merchandise is profitable.
Her lamp does not go out at night.
She puts her hands to the distaff,
and her hands hold the spindle…
Her husband is known in the gates
when he sits among the elders of the land.
She makes linen garments and sells them;
she delivers sashes to the merchant.
She looks well to the ways of her household
and does not eat the bread of idleness…”

The second quote is from the Roman era, and comes from Paul’s first letter to Timothy:

“I will therefore that the younger women marry, bear children, guide the house, give none occasion to the adversary to speak reproachfully.” Of course the house in question was more likely to be a commercial enterprise than the family domicile of modern life.

From pre-history until the late Middle Ages, upper-class western women were in charge of running their own homes and estates. Their responsibilities included overseeing the servants as well as any workers (brewers, bakers, tanners, carpenters, millers, weavers) who lived and or worked on site; managing accounts, inventories, and budgeting. They also made clothing (including spinning and weaving) and entertained guests. They kept a still room and were the medics for their large household. They managed tenants, and they marketed the goods manufactured in their homes or acquired for trade. 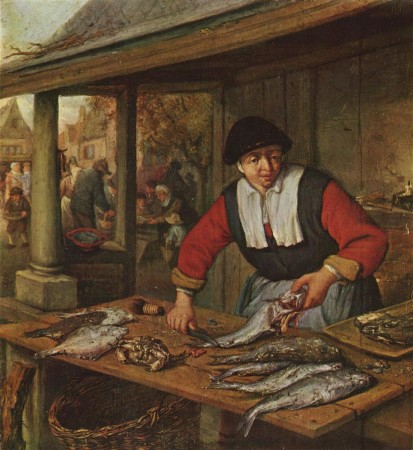 Lower class women did the same tasks, except that they were more likely to do the actual work themselves than manage others. There were women brewers, blacksmiths, cooks, butchers, bakers, spinners, and, yes, even soldiers.

It was not until the Industrial Revolution that work stopped being centered in the home, and therefore under the wife’s purview. It was not until the modern era that we became wealthy enough for middle-class women to be able to afford to stay home full time and watch their children.

I’m not saying that women should or shouldn’t stay home to raise their kids. I’m just saying that any religious or historical argument mandating it is full of hot air.