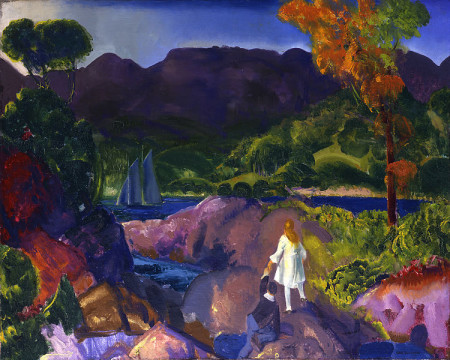 Whenever I’m in the Farnsworth, I stop to visit George Bellows’ “Romance of Autumn.” It fascinates me because it is so different from his urban work I know and love.

Bellows was always an exuberant painter, but in his New York paintings he was also a careful chromatist whose work was unified by its paint handling. In “Romance,” Bellows threw away the rules. He laid down layers of translucent viridian and alizarin crimson, he allowed the paint to drip and bleed. It has a kind of tripping quality to it, and I always assumed he painted it largely to amuse himself. 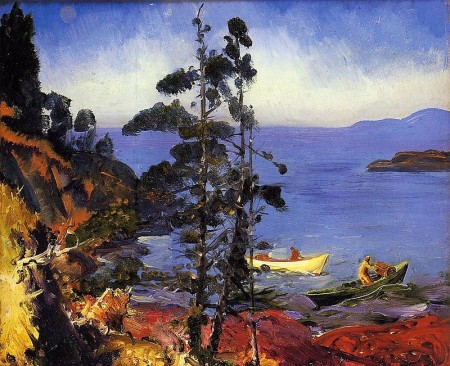 I was surprised to learn that it’s one of two iterations of the same subject. The other, in the Columbus Museum of Art, is nearly identical. The major difference is that there aren’t two children in it and the boat, being the center of attention, is more fully realized. 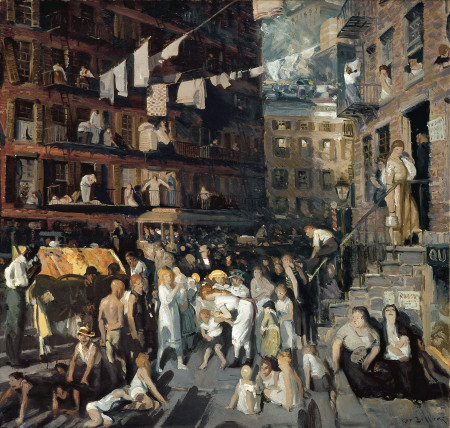 I had a conversation about “Romance of Autumn” with Keith Linwood Stover from the Cyber Art Show recently. (If you don’t know this resource you should, because Keith has a knack for finding interesting contemporary artists.) Part of the ‘tripping quality’ I mentioned above came from Bellows’ use of space, Keith said. “He has eschewed the typical horizontal and vertical planes rules so that everything in the picture jumps out at the viewer,” he pointed out. This is true, and it was a trick Bellows had already been using in New York, to great effect. You can see it clearly in his “The Cliff Dwellers,” from 1913. 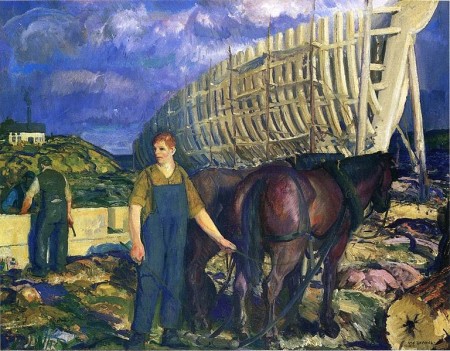 Keith also pointed out that like Raphael, Bellows often managed to fill his canvases with figures, each of whom seems to operate in a bubble of his own narrative. “It’s almost like he painted a bunch of figures and then combined them for maximum effect. This gives the viewer the idea that instead of one overarching narrative, there are a dozen individual stories taking place in the picture,” Keith said. 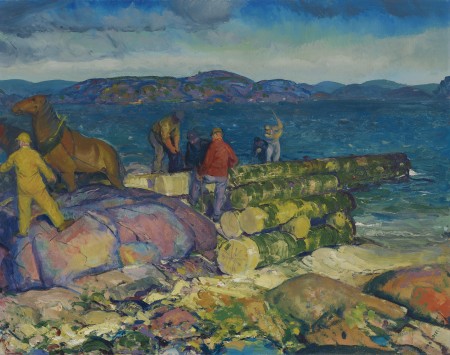 Keith pointed out to me that while the majority of art critics classify Bellows as a social realist, he is a Romantic at heart. That’s true, but it seems to me that this tendency blossomed when he started coming to Maine. There is something in the Maine light and Maine culture that cracks the shell of Academic training.