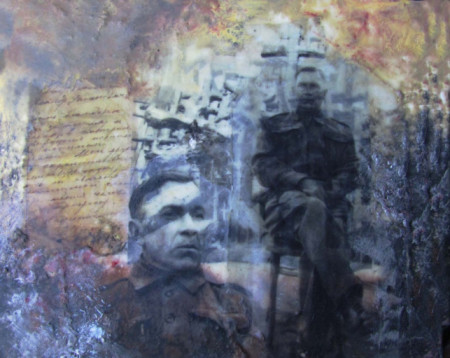 I’ve written about painter Maria Kolodziej-Zincio before. She’s an encaustic artist who raises her own bees and sometimes works en plein air. The Forgotten Holocaust is a completely different series of work. In it, she attempts to explain a tragedy that is at once both deeply personal and historically important. 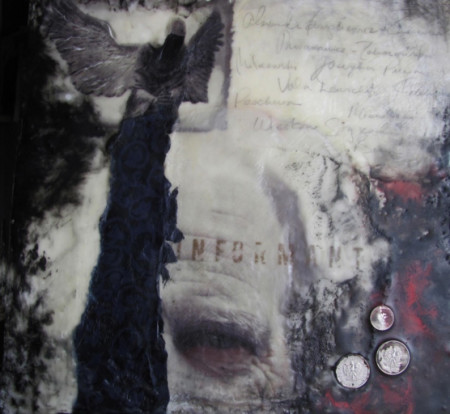 “The Informer,” by Maria Kolodziej-Zincio. Every village had their own informers who betrayed families to save their own.

“My entire family became the victims of Soviet aggression and lived to tell the tale of the horrors of war,” she wrote.

So many tragedies on a grand scale are associated with World War II. It is easy to forget the forced removal of Poles from Soviet-occupied Poland. In the aftermath of the invasion of Poland in September 1939, the country was divided between Nazi Germany and the Soviet Union. Both powers were hostile to Poland’s sovereignty and culture and the Polish people in general. Their mutual goal was the destruction of Poland as a state and as a people. Until Germany invaded the Soviet Union in 1941, they worked in concert to achieve those goals. 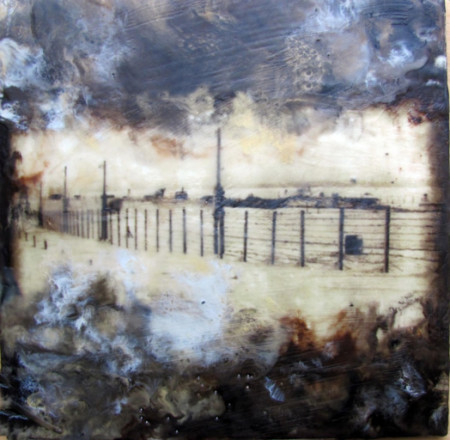 Starting in 1939, the Soviet Union arrested anyone with the standing to lead an insurrection, including educators, clergymen, political functionaries and military men. About one in ten men from the Soviet-occupied territories were detained. Obviously, arrests on this scale resulted in prison overcrowding. Starting in 1940, the Soviets began deporting Poles to Siberian work camps. By the end of the war, about 1.7 million Poles had been taken to Siberia and Kazahkstan. Of these, only about 400,000 survived. All this was separate from the similar depravities being done on the German side of partitioned Poland. 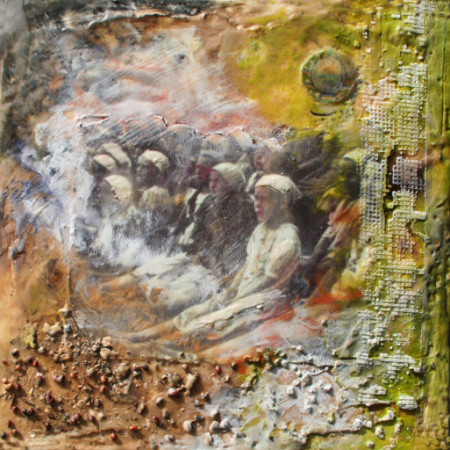 “Freedom to Persia,” by Maria Kolodziej-Zincio. The sands of Persia await Polish orphans in Uzbekistan.

Kolodziej-Zincio has created twenty encaustic pieces with layered images and painting to tell the story of her ancestors. “My family was deported in the first mass deportation to Siberia,” she said. “The human suffering they endured and experienced was immeasurable, yet no Western history books make mention of this genocide that took place, and no one honors its victims. Little has been written as their story has fallen between the seams of history.” 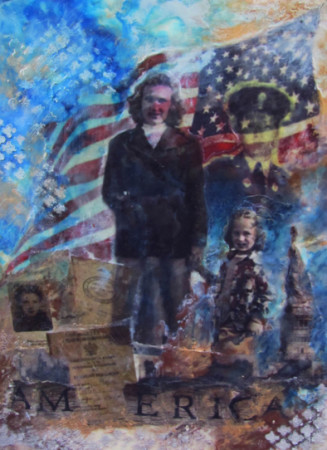 For Kolodziej-Zincio, this work is intensely personal. This is what makes it compelling. But it also speaks to our own times. Sadly, the story of The Forgotten Holocaust—people forcibly removed from their homes, dying of neglect and abuse and starvation in a far-away land—is not something we have put behind us.