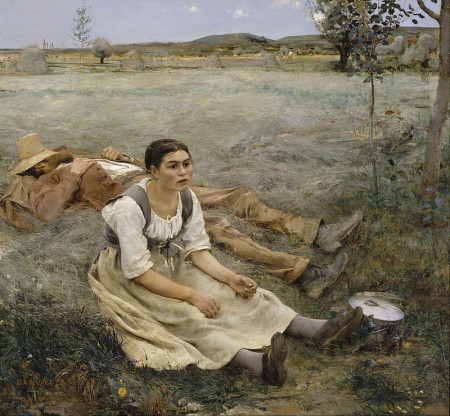 Jules Bastien-Lepage came from a little village in the Meuse, which is why he understood the work of the French peasantry so completely. He is widely known in the United States for his stunning Jeanne d’Arc (in the Metropolitan Museum in New York), but the main body of his work was rooted in the Naturalism movement of 19th century France.

Naturalism was meant to be Social Realism without politics. However, when we look with 20th century eyes at Bastien-LePage, Jean-François Millet and Gustave Courbet, there seems to be considerable overlap in their ideas. The major difference is in how acutely they make their point. 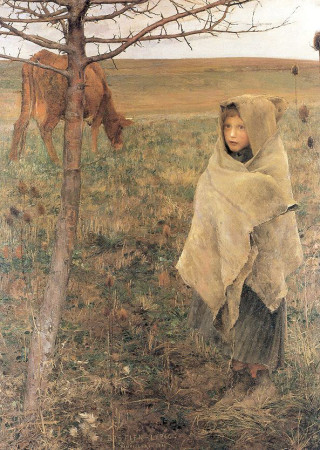 Bastien-Lepage was painting at the cusp of great change in rural France, when Medieval, isolated, and independent farming villages were being drawn into the modern French nation. Jeanne d’Arc was, to the 19th century Frenchman, a symbol of French nationalism more than she was a miraculous saint.

When he was 19, Bastien-Lepage went to the École des Beaux-arts in Paris. His promising career was interrupted by the Franco-Prussian War, in which he was seriously wounded. At the age of 22, he went home to Damvillers to recover. There he cemented his interest in painting the French peasantry. A portrait of his grandfather won a third-class medal at the Salon of 1874. 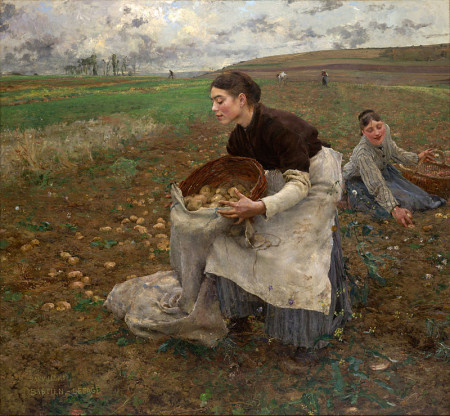 It was Haymaking (Les Foins), above, that secured his status as a top-tier French painter.

Bastien-Lepage died tragically young, at the age of 36, from a lingering illness—whether it was cancer or the result of his wartime chest wound is unknown. It’s hard to imagine where old age might have taken a painter with his gifts.