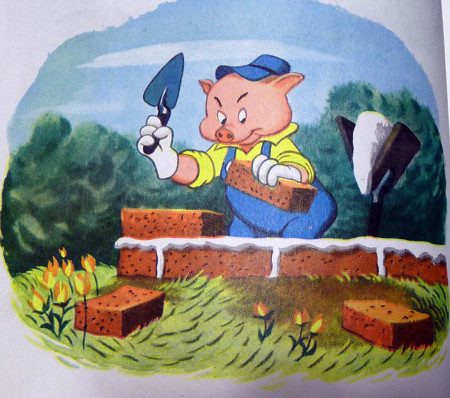 Practical Pig wears a self-righteous smirk on his face.

Yesterday I read the Disney version of “The Three Little Pigs” to my grandson. Everyone knows this story, right?

The original story was first printed in the 1840s, but is—like most European folktales—much older. Disney’s print version derives from a 1933 cartoon. The version I read to Jake was copyrighted in 1948. In many ways it’s softer than the folktale. Nobody gets eaten, nobody boils to death. 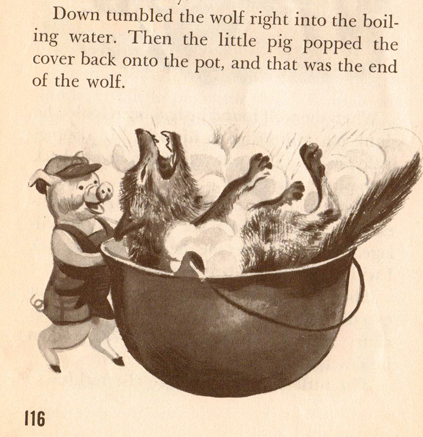 In the folktale, the two profligate pigs get eaten and the wolf is boiled to death.

Let’s meet up with Disney’s Fiddler Pig and Fifer Pig after they’ve finished their ramshackle houses and are free to do what they like.

[W]hile the first little pig tooted his flute, the second little pig sawed away on his fiddle, dancing as he played. 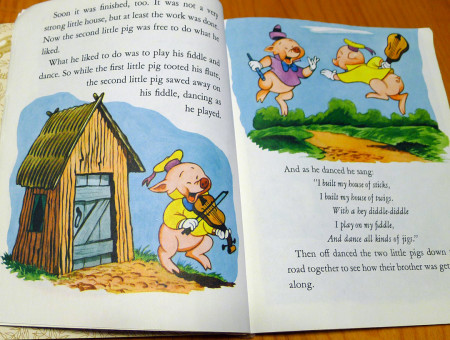 The two musician pigs then went to visit their brother, Practical Pig.

He did not mind hard work, and he wanted a stout little, strong little house, for he knew in the woods nearby there lived a big bad wolf who liked nothing better than to catch little pigs and eat them up!

The two musician pigs are nasty, arrogant, stupid souls indeed. They tease Practical Pig for wasting his time. He responds:

Although I have no idea where Practical Pig’s celluloid cabin ended up, Fiddler and Fifer Pig built for the ages when they came up with this:

When we were 30, I encouraged my musician husband to go back to school for an engineering degree. He’s highly talented, but neither of us could see how he could make a living at music. Today I see people happily making careers in the arts and I rue that decision. 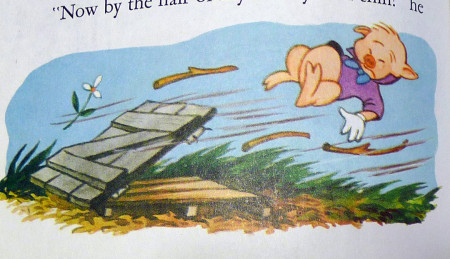 This is what happens to profligate pigs who waste their time on music.

“It’s no wonder our generation had such negative attitudes towards the arts,” he commented when I was done reading to Jake. He’s right. The Three Little Pigs is just one example of countless messages in our culture that tell us that art is superficial and self-indulgent. I try to counsel my students otherwise, but it’s hard. 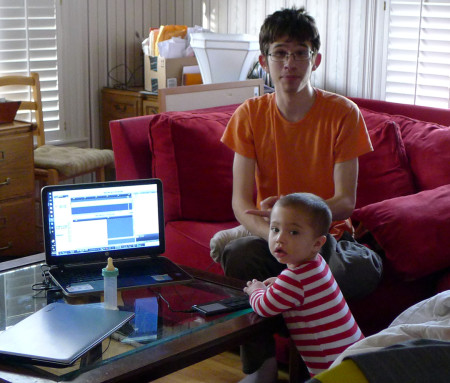 But as we evangelicals often say about generational sin: it stops here. That dang book is going in the woodstove this morning.